The Center for Combating Elder Financial Abuse was founded on February 8, 2021. The Center was created with the vision of reducing elder financial abuse in the United States.

This vision will be accomplished by viewing elder financial abuse from the predators’ perspective. The Center will explain the predators’ tactics and their methods for assessing potential targets. Simply put, a predator must be detected before it can be defeated. Some predators gain access to victims through face-to-face meetings and while other predators hide behind a keyboard or telephone. The tactics depend on who the predator is: 1) a “trusted” financial or legal professional, 2) an overseas telemarketer, 3) a fraudulent guardian, 4) a friend or family member, or 5) any other type of predator.

The Center’s vision is ambitious and daunting, but it is also necessary to protect 54 million elderly citizens from financial predators. The Center believes the late actor Mickey Rooney captured the sense of urgency to address elder abuse in his testimony before the US Senate Special Committee on Aging on March 2, 2011:

“I’m asking you to stop this elderly abuse. I mean to stop it. Now. Not tomorrow, not next month, but now.”

The Center is very proud to serve the nation’s elderly and humbly carries out the mission to lead the way in protecting the elderly and their families from predators who commit elder financial abuse.

John Schwartz and the late J. James Gallagher (Jim) knew each other for over 25 years as Jim is the uncle to John’s wife, Susan. John and Jim began their partnership in October, 2017 when they began collaborating on combating elder financial abuse and they worked together until Jim’s passing in August, 2019. Jim was a true humanitarian and he possessed a genuine passion to protect the elderly and their families from predators who commit elder financial abuse. The Center for Combating Elder Financial Abuse would not be possible without Jim’s mentorship and his legacy will always be remembered at the Center. 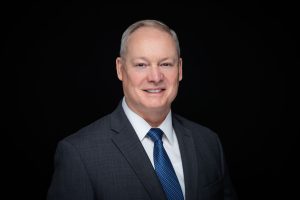 John has over three decades of service to his country. After graduating from West Point in 1986, John served in the United States Army as a commissioned officer until 1995. During his time in the Army, John graduated from the Ranger, Airborne, and Air Assault courses. John then joined the Federal Bureau of Investigation and served as a Special Agent from 1996 to 2021. John and his wife have three children.